It happens often and when you least expect it.  You are driving down the road (minding your own business) and your engine begins to shudder for what seems like no reason at all, and then corrects its self.  The symptom will be fleeting and pass quickly, but will inevitably return.  The PCM (powertrain control module) is not likely to have generated a DTC (diagnostic trouble code) to help point a you in the direction of the failed component, so you start with the fuel filter.  Right?  Well chasing wiring concerns is no easy task.  The symptoms may mimic that of a bad injector, poor fuel volume or quality, or even the turbo charger its self.  With a little luck the problem will persist long enough to catch it in the act. 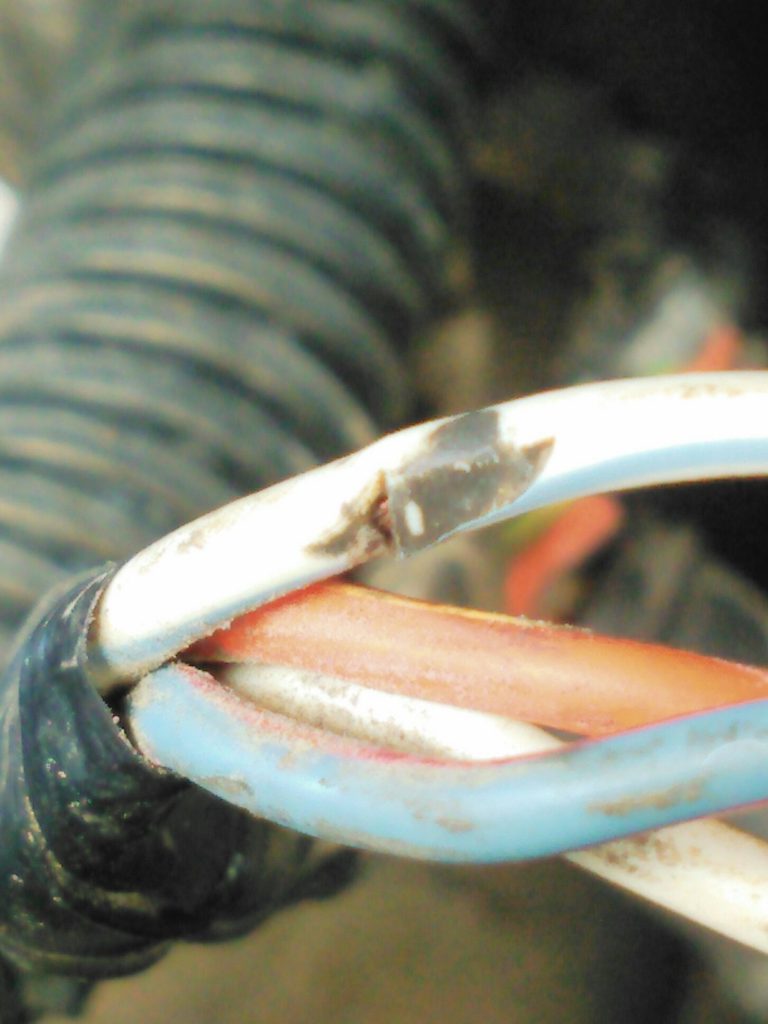 In this case specifically the technician used an advanced scan tool to perform an injector “Buzz Test”.  Cylinder #3 did not buzz like all of his brothers, which prompted the inspection of the injector wiring harness to cylinder #3.  Not long after pulling back the corrugated protective sheathing a single circuit was found rubbing on the valve cover causing a short to ground.  In effect electrifying the block and not the injector.  This circuit is responsible for sending a 48v charge to the injector from the FICM (fuel injector control module) and used to actuate the high voltage solenoid releasing a pocket of high pressure fuel into he combustion chamber.  The technician repaired the circuit and protected it from further damage by insulating it with more tubing and electrical tape.  Took the vehicle on a test drive, and sent this one on its way with little expense to the customer.

With out this insight an individual may have replaced an injector confidently being a know problematic component.  It is of the utmost importance to eliminate a circuit failure before any hardware is replaced.  A small investment in time will save untold amounts of money in parts or repair.  Parts stores don’t like to return “test” parts.

One Response to “ The Power Of Insight and Inspection During Diagnosis ”